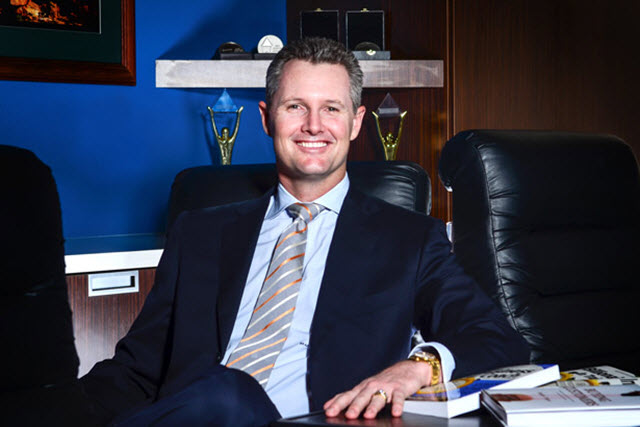 Brad Sugars’ main business ActionCOACH began in 1994 in Brisbane, Australia. Today, Entrepreneur magazine ranks it as the leading business coaching franchise. The company has received many awards in both franchising and in business.

Originally the business coaching company’s global headquarters were based in Milton, Brisbane in Australia. It also had offices in London and Las Vegas at the same time. In 2007, Brad Sugars decided to close both the London office and Brisbane headquarters for the ActionCOACH brand and base everything out of Las Vegas.

The decision to leave Australia was based on business practicality.

“I found that many of my executives had to be awake in the middle of the night in order to speak with our franchisees. As we grew this was becoming more and more impractical.” Brad says.

“Having an office in Las Vegas was due to the fact that timezone allowed most business could be conducted during business hours.”

“When I started the business, we did not have voice over internet or VOIP. Today you can conduct a global business without having an office in every country. Plus having your team under one roof means you can maintain culture and increase productivity.”

“Leaving Australia was a big decision for me. My parents are there and I have young kids who do not get to see their grandparents as often. I love Australian football,” Brad says.

“In the end, it was about what was best for the company and the franchisees.” 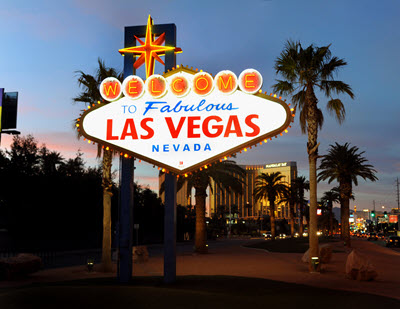 The move to Las Vegas in 2006 meant that his incumbent CEO elected to stay behind and Brad, despite looking for a replacement, chose to step back full time into the role. For the previous four years, Brad had “retired” from a day to day role within ActionCOACH. As company Chairman meeting with key executives on company performance indicators on a monthly basis.

Returning to the role full time has seen some changes large and small.

“I run a franchise that offers business coaching services and a world-class one at that.”

Brad leadership style is exactly who is on stage or as a business coach. He will stretch you to perform above and beyond your own capabilities. He will not accept mediocrity.

During an interview with Mentor Magazine, Brad Sugars told the journalist;

“When I was twenty one, I said to my Dad, “You know Dad, I can’t get any good people in my company.” He turned to me and said, “You know Brad, you get the people you deserve.” I realized that, if I am an atrocious leader then I get really bad people. So I have to learn to be a great leader and then I will attract top people. I have to build an awesome company that attracts awesome people. Have a vision. If I run a poor business I will attract poor people. So that whole leadership and teambuilding aspect is vital to running a business and being successful.”

Brad Sugars makes no apologies about expecting the best from his people.

“If I allow people to be just okay, or to be mediocre – then what I am saying is I want a company that is just okay. Anyone who knows me will tell you that is not what I am about.”

Get a complimentary ActionCOACH business coaching session with one of Brad's coaches in your local area by clicking the button below...